Temperature control of a device under test with a Peltier element. 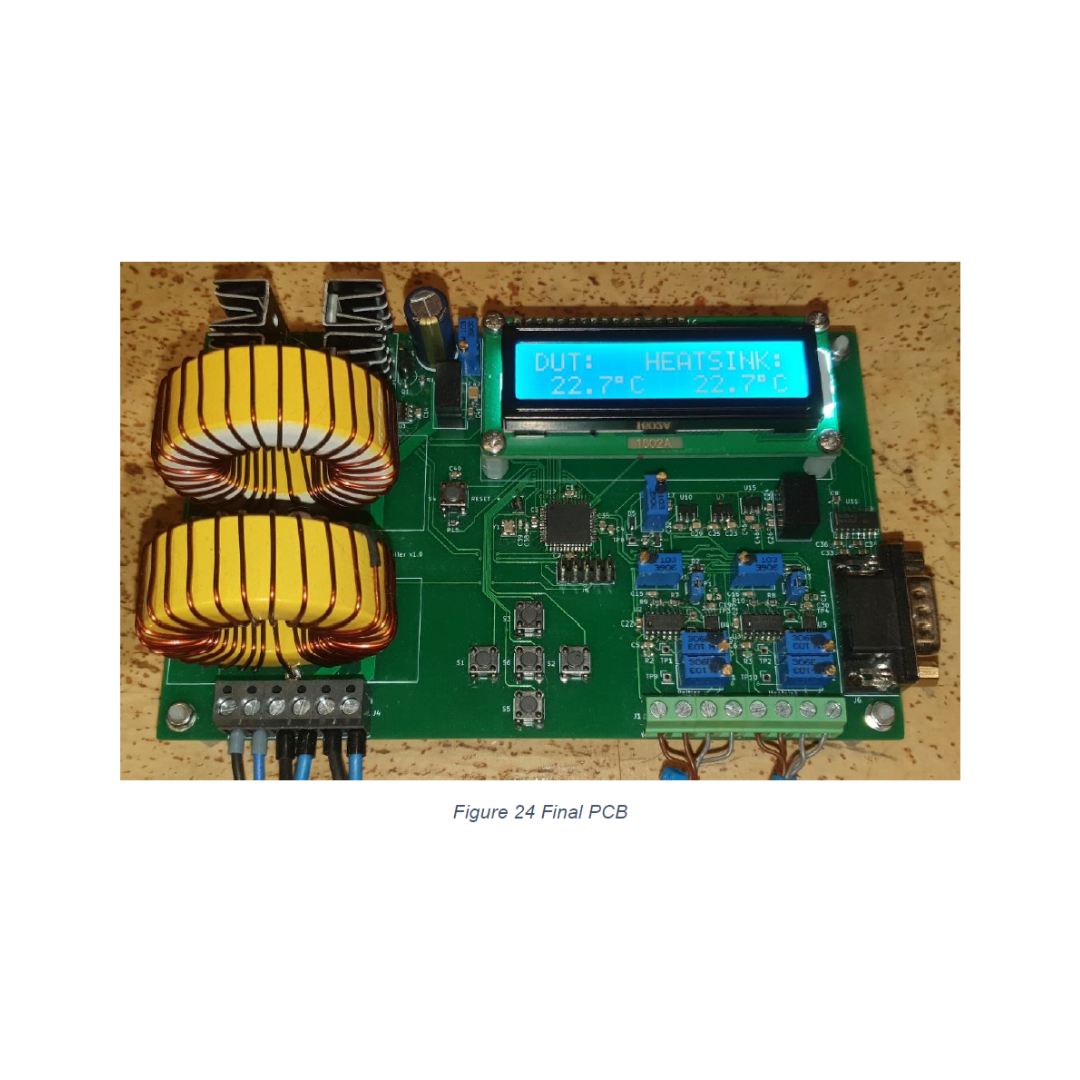 This bachelor work focuses on the creation of a prototype for the temperature control of a Peltier element. With the finished prototype, it is possible to analyse the thermal properties of a component. For this purpose, a microcontroller-based temperature control for a Peltier element is developed. The work covers the hardware design as well as the programming of the microcontroller. Furthermore, a computer software is developed to retrieve temperature data from the microcontroller. Also, a simulation of the thermal system is created as well as a circuit diagram and a PCB (printed circuit board). Furthermore, the differences between the simulation and the prototype are analysed as well, as various hardware and software problems are discussed. The problems include, for instance, electromagnetic interference as well as overheating of MOSFETs and timestamp problems in the computer software. 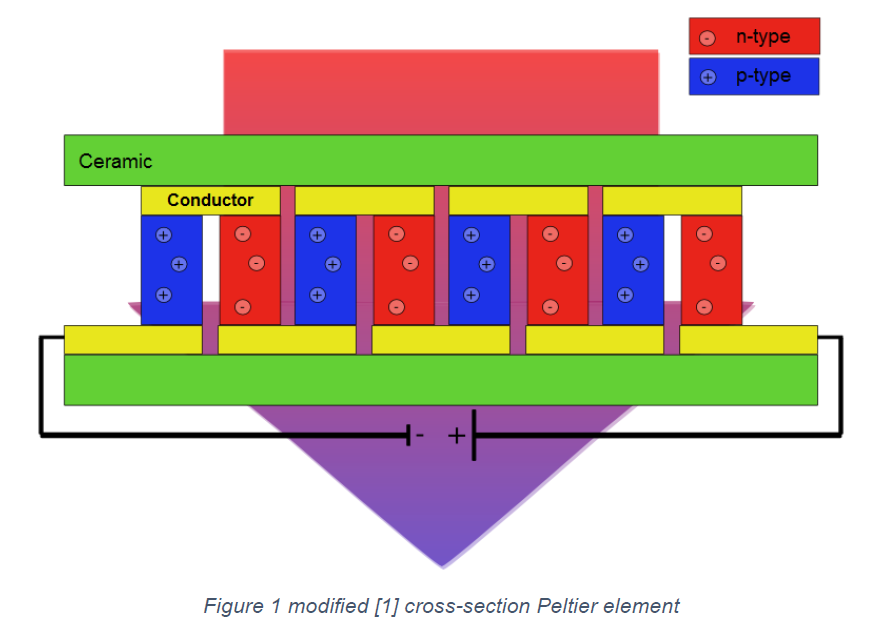 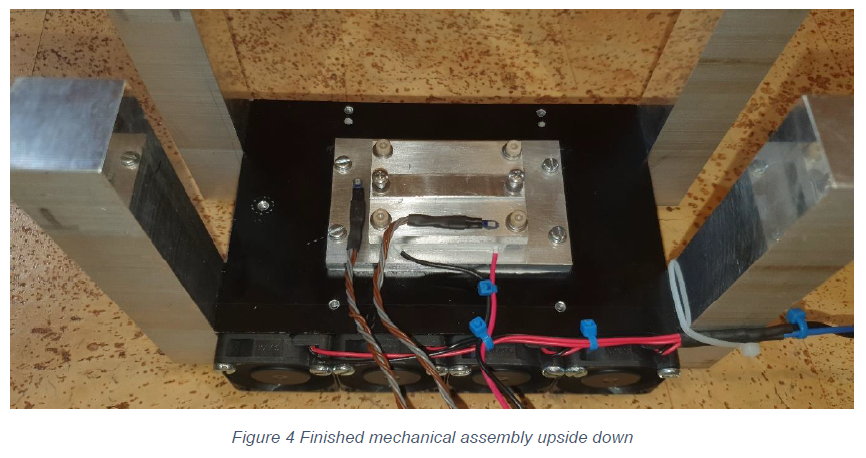 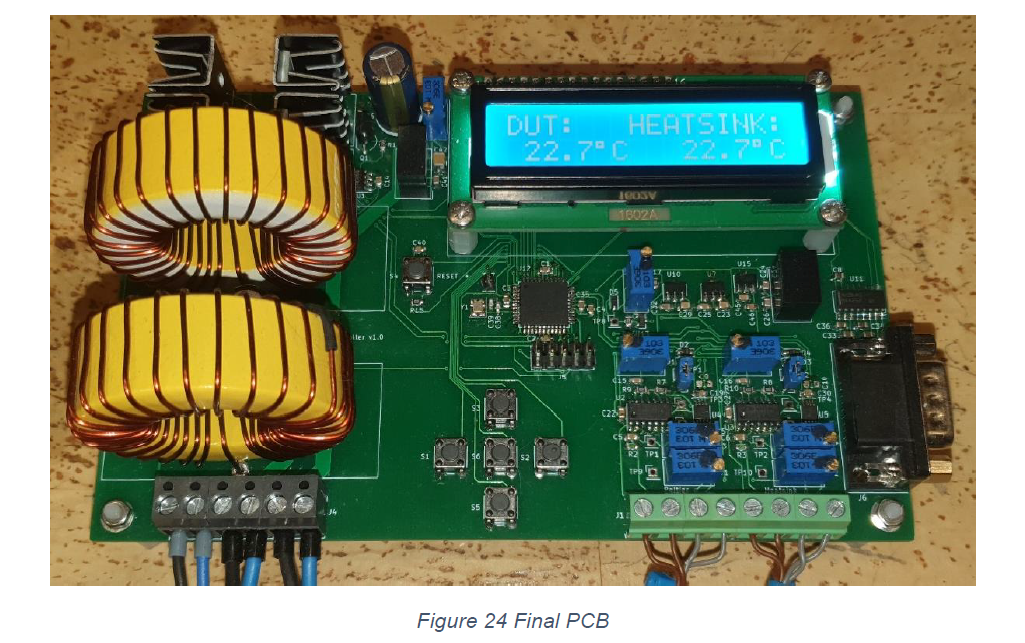