A study to establish whether different characteristics of river water affect the rate of decomposition in pig cadaver specimens. 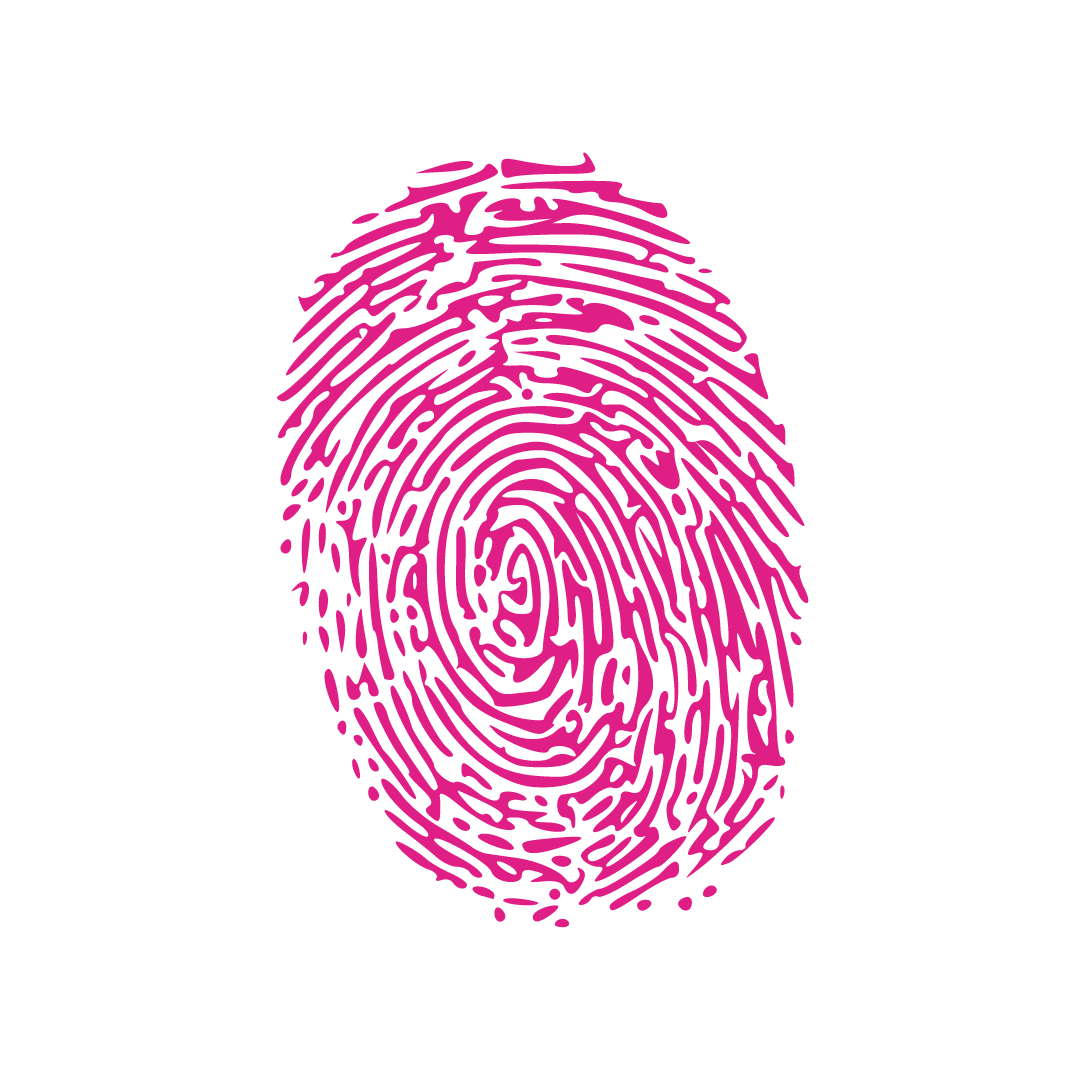 Human remains which are found in water, whether rivers, culverts, channels, canals or salt water, etc present their own set of unique challenges, especially when trying to determine cause and time of death.(Schotsmans et al 2017)
One of the most difficult challenges relates to the estimated post mortem interval (PMI). The following laboratory research centres on determining whether river characteristics can affect the rate of decomposition and subsequently have an effect on PMI.
The research which has been undertaken considers whether differing water environments, predominantly relating to river bed geology, temperature and rate of river flow could affect the rate of decomposition of cadaver specimens.
In this research, samples of pigs trotters were used as cadaver and placed in a variety of river water samples. Pig’s trotters were used in this experiment, as pig cadavers as analogues for humans has been long established, as they share similar attributes. The samples were placed in both indoor and outdoor environments and pumps were used in a number of samples in order to simulate running river and still water in warm and cold environments. The samples were monitored and evaluated twice weekly over a period of 2 months during the latest COVID 19 lockdown.
As part of the laboratory analysis, the weight measurements, pH and visual inspections were undertaken on each of the 14 samples, which included 3 per scenario per river to reduce experimental errors and increase validity.
Although it is accepted that the numbers of results are limited because of the laboratory access restrictions due to the COVID pandemic, it is apparent that overall, the weight of the samples initially increased and then decreased, as the flesh on the trotters decomposed. The decomposition was much more advanced in the samples which were placed indoors in buckets with pumps. The characteristics of decomposition can be found by visual inspection and it is clear from the results that the visual inspection showed a much more developed Adipocere in those samples. Adipocere was much less developed in samples which were placed outdoors, in a still water environment and in some cases, frozen water samples, due to winter conditions, indicating that bacterial and aquatic insect activity was much reduced
A significant change in the water colour was also observed in the samples, although this is not likely to be replicated in the real world scenario because of the river water movement. The samples did not reliability indicate any significant change in pH.
In conclusion, the research identifies a notable increase in the production of Adipocere, a reduction in weight of the sample and a much faster deterioration of the trotter in the pumped indoor samples, suggesting temperature and river characteristics have a significant role to play decomposition. What may be concluded from this is that potentially cadaver samples which were is found in fast flowing , warm river conditions appear to deteriorates at a much quicker rate than those found in cold water environments, albeit they may have been in the environment for the same length of time. This can make the post mortem interval less easy to determine. 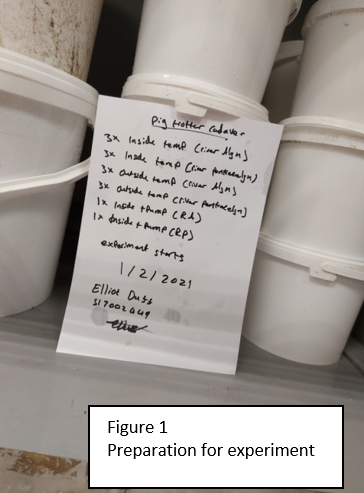 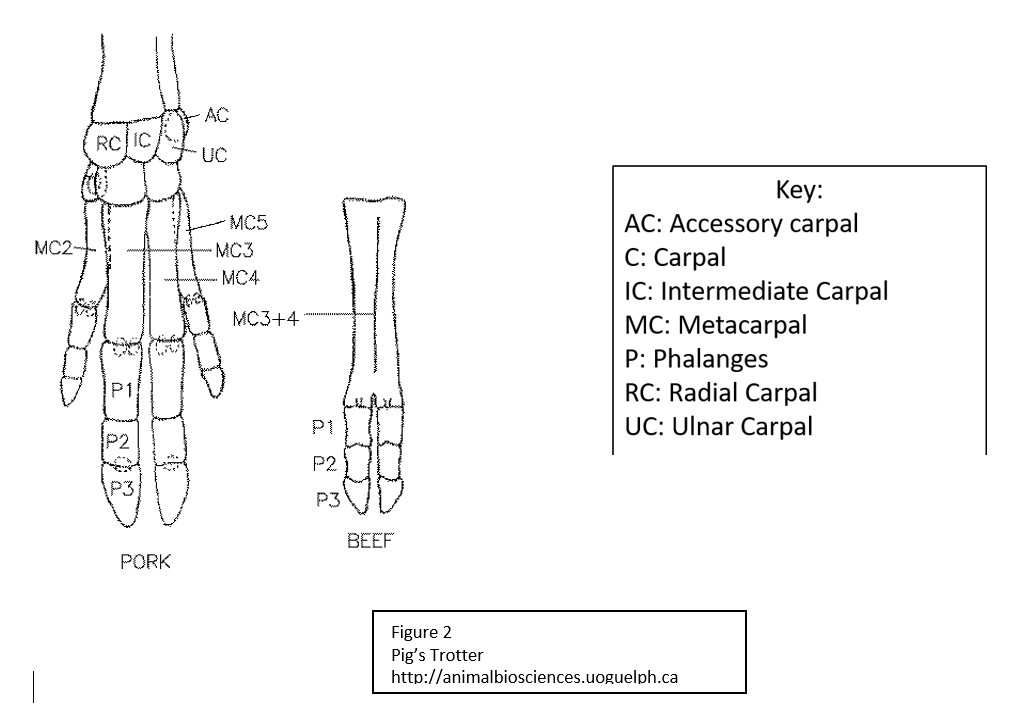 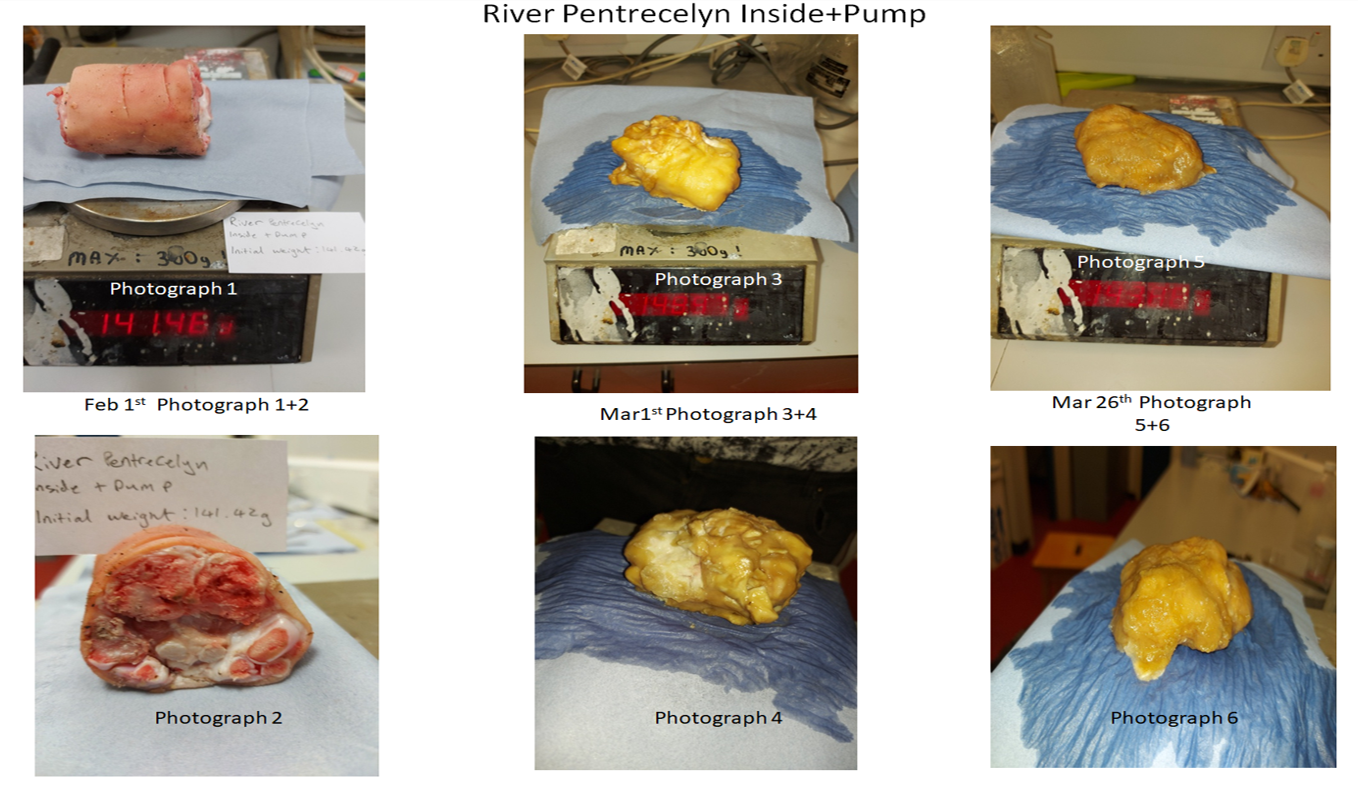 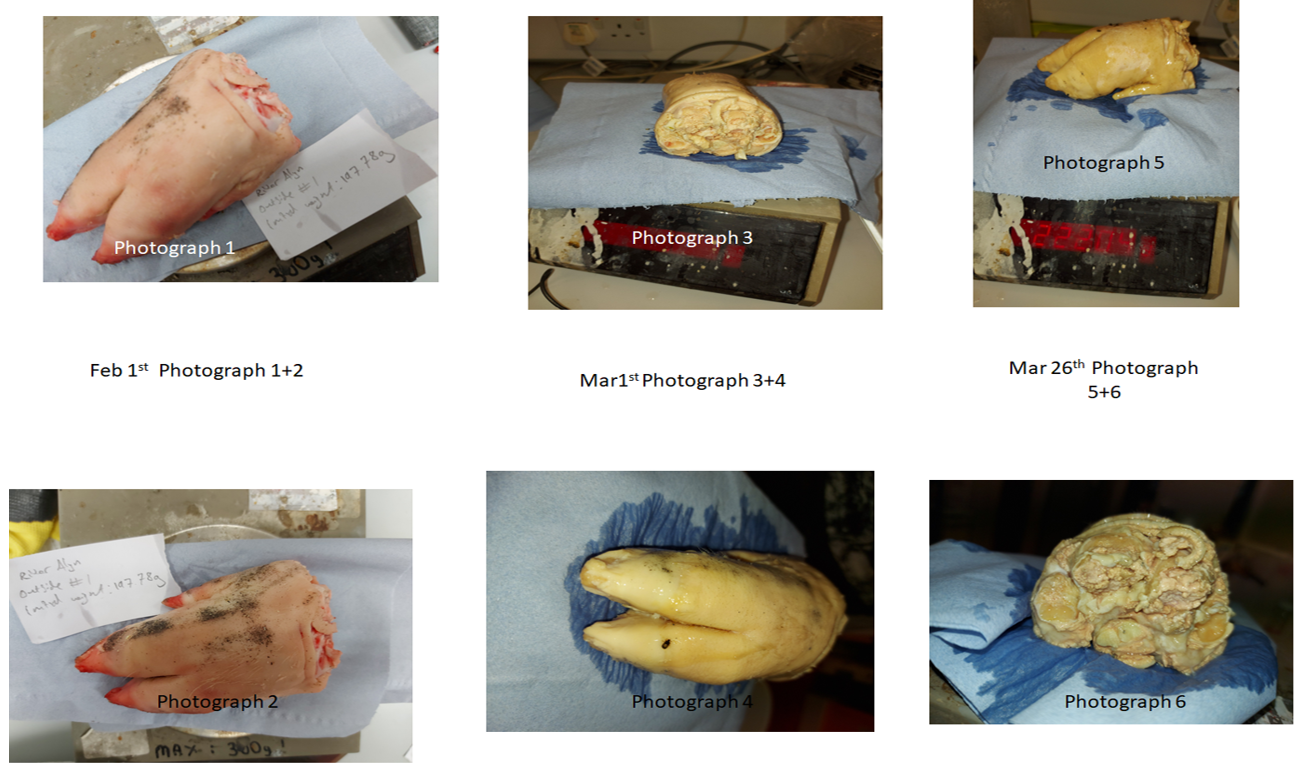 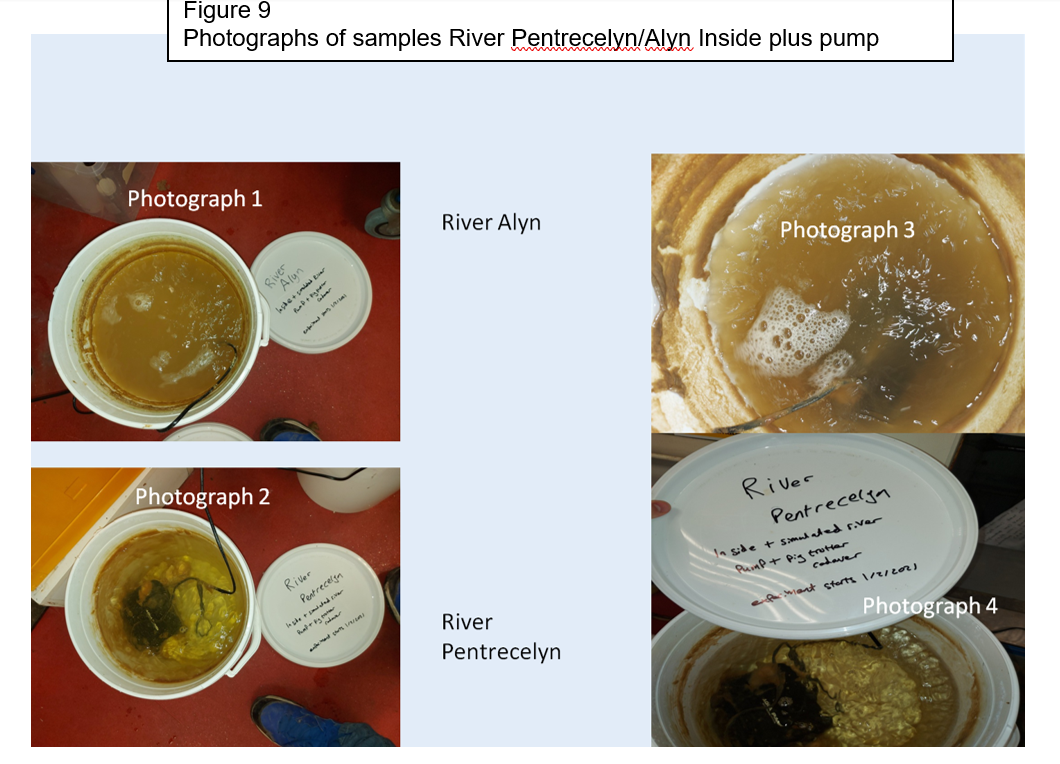